So, you want to hire someone, but how do you get the word out? The Internet is vast and there are lots of ways to reach out to potential hires, but some are more effective than others. What works for your business will ultimately depend on your industry and location, but here are some of the things that we have found to work well.

LinkedIn has become a powerhouse of career networking. Job seekers can easily share their experience, education, and credentials and employers can search for talent as well as post jobs. 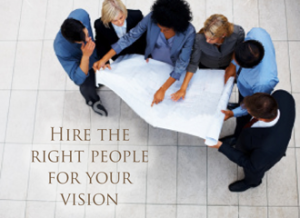 This makes the job visible to anyone who follows your page. You can also post jobs for free to group pages. Groups are gatherings of LinkedIn members around a subject (such as University of Washington Alumni or American Library Association members). Posting a job in a group is a simple way to reach out to people with certain interests or affiliations.

LinkedIn has over 200 million members worldwide and according to the 2012 LinkedIn Facts & Figures Report, over 75% want to be approached for job offers, so reaching out to members directly about job openings is a good idea.

Twitter, Facebook or company blogs are also ways you can advertise new job openings at no cost. If your business has an existing web presence (and why wouldn’t it?), it’s likely that there are already a lot of people following your activity and that some of them would be interested in working for you.

Who better to recruit than people who are already fans of your product? A quick tweet to your application link has the potential to generate a lot of interest. If you are thinking of advertising with Facebook, look into Facebook marketplace and Facebook advertising, which offer ways to place ads throughout Facebook based on profile criteria.

Local job boards are another way to connect with people. Most regions have at least one location-specific job board and you should take advantage of them! Try searching for things like “job postings [city name/state name/region name]” and see what you find. This can be a great way to connect with people who are in the area already or who are looking to work in a specific area.

Set up an employer account on online job boards. Sites like Indeed, Monster, and Career Builder usually allow employers to create accounts. These accounts simplify the process for posting jobs and also streamline the application process. Additionally, setting up an account on such sites usually allows you to browse for talent.

by Angie Picardo who is a writer at NerdWallet, a financial literacy website where you can find advice on hiring strategies as well as tools to help analyze investments.