Friday nights have officially become mom’s night off cooking duties. Some moms have the take away menus on the fridge while others don’t mind making a fifteen minute drive to the nearest, most favored take away restaurant for the evening meal.

Research is often done on South Africa’s favourite takeaways; At Enjoy Life we decided to break it all down and present the best of the best:

Year after year Kentucky Fried Chicken crows the loudest. In fact, it was estimated that one out of every two persons bought KFC at least once within a four week period. People choosing KFC also had very little to do with the specials they were offering.

Next on the favorite fast foods to buy and take home is McDonalds. Although this is not the favorite adult to senior person’s meal, it is a great hit amongst the children with the happy meal toys; and for parents the drive thru is one of the most convenient aspects of buying from shops with the massive yellow M.

Nando’s has been a country favorite since its opening over a decade ago. The Portuguese flame grilled chicken with healthy variants such as salads and wraps, the side meals of unique rice and potato chips has had families choosing Nando’s many a time. 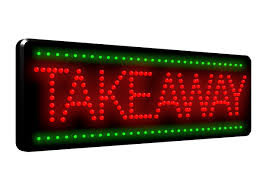 Pizza is known to feed a large crowd and with the varieties of toppings it is sure to keep the entire household satisfied. Currently there are over a dozen pizza franchises in South Africa. Two of these can be classified as South Africa’s favorite takeaways. Debonairs and Roman’s Pizza both are extremely popular on all corners of the country. They are very innovative with their flavors and a two for one pizza deal is always a crowd pleaser.

[Get Enjoy Life’s guide to living longer and healthier HERE – AND – get great, healthy recipes for children’s meals HERE.]

Now there is one burger house that is uniquely South African with a flavor that can’t be duplicated or beaten and that is why so many South Africans choose Steers. The flame grilled patty and their hand sliced potato chips has always been a massive hit of the nation. Their advertising is as succulent as the actual burgers which contributes greatly to their sales.

Takeaways are not only for home eating on weekends. Many commuters and office workers buy food during their work days. King Pie thus also makes it on the list of South Africa’s favorite takeaways. This is a store that has been in our country for a number of decades and their product has been so consistent that many people have an ultimate favorite pie that they keep going back for. They also introduced meal combo’s with include potato chips and other snacks that accompany the pies you buy.

[  Stay in touch with Enjoy Life by signing up to receive blog updates. It’s free. Sign up here!  ]

Many readers will have read this far thinking that there were two major restaurants missing. Although Wimpy and Spur are not generally known as take away options, but rather family sit in restaurants, they are definitely two of the country’s most favored places to eat. Wimpy is known for its aromatic coffees and very unique burger patties with tomato relish. They are also nearly unbeatable at their milkshakes.

Spur, what can we not say about Spur? It has been a highly visited steak and rib house for nearly a century. It is also perhaps one of the most famous family restaurants in the country with the majority of their premises being accompanied by children’s play areas. Their food is very unique and with special offers that attract newcomers.

With only about twenty percent of all adults never having bought take away food, there is definitely a gigantic market for people to pick a meal and go get it!

Do you want to see your review published? Email it to review@enjoylife.co.za

One Comment on “Which Restaurants have SA’s Favourite Takeaways?”