On 1 September, Santam launched a television campaign aimed at highlighting how thinking patterns influence our behaviour.

The precedent is simple: of all the species on our planet, humans are the only ones who actively and knowingly seek out risk, often against their own better judgement.

Consider how often we text while driving or drive under the influence. We neglect our own security and put things off that we know will keep us safe for later.

We seem to believe that we are invincible and live our lives as though the worst is only in our imaginations.

Santam’s television commercial takes the brand’s current brand communication and augments it by using the days of the week in a clever way to show people how better to manage their risks in their currently reckless day-to-day.

Santam’s television commercials are known for their interesting and unexpected plot twists, as was the case with the Sir Ben Kingsley series. In this case, all the lead actors were hypnotised.

To ensure the safety of all parties concerned, the actions of those hypnotised were filmed in a controlled environment. No actions were staged.

The making of the commercials saw world-renowned hypnotist Keith Barry take to the streets of Johannesburg to illustrate how people are especially careful when they believe they are at risk.

“Santam is holding the mirror up, showing people how we put ourselves at risk every day and how the smallest change in thinking can only make us safer,” says Yegs Ramiah, Executive Head of Brand at Santam.

“Clients will continue to benefit from Santam’s claims philosophy and capability, enabling us to pay out more money in claims than any other insurer. While our recently released interim results reflected difficult underwriting conditions during the six months ended 30 June 2013, we settled claims to the value of R6.6 billion in doing just that – meeting the needs of policyholders when they need us most.” concludes Ramiah.

The campaign is part of an expansive campaign roll-out including the press, radio, outdoor advertising and digital. 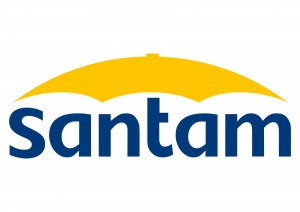