It’s not easy to remove a person from history, but brutal leaders throughout history have erased some of their formerly close advisors.

After news of the execution of Jang Song-thaek, Kim Jong Un’s uncle and close advisor, broke in December 2013, North Korean state media has erased the man from history entirely, deleting him from online archives and photographs. This extreme measure makes it “the largest deletion ever carried out by the official KCNA news agency and the Rodong Sinmun newspaper,” according to the Guardian.

But it wasn’t the first time a political leader has attempted to wipe a person clean out of history — here are three other people who were erased from existence:

Yezhov earned the nickname “The Vanishing Commissar” among art historians for his disappearance from photographs after his execution in 1940.

Yezhov, a loyal Stalinist, was head of the secret police during Stalin’s Great Purge, overseeing mass arrests and executions of those deemed disloyal to the Soviet regime before ironically being arrested, tortured, tried, and executed himself for disloyalty.

Stalin was known for eliminating all traces of those who fell out of his good side, or whom he no longer had use for, Yezhov included. 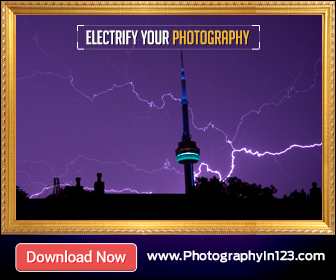 Goebbels was immensely valued by Hitler for his enthusiasm, brilliant ideas, and vehement anti-semitism. Hitler made Goebbels his chief of propaganda, and sent him all over Germany to establish a Nazi presence and boost morale during the war. Goebbels was one of just a few people in Hitler’s inner-circle, even trusted with helping burn Hitler’s body after he committed suicide.

Like Stalin, Hitler was known for “erasing” people who fell out of his favor, though it remains unknown what Goebbels did that led to his being deleted from this famous 1937 photo taken at the home of German film maker Leni Riefenstahl.

An influential voice in the early days of the Soviet Union, Trotsky was initially a leader in the Bolshevik revolution, but references to Trotsky were eliminated after he switched his allegiance to the Mensheviks, splitting from comrade and fellow revolutionary Vladimir Lenin.

Lenin later denounced Trotsky as a “scoundrel” in 1917 (though Trotsky eventually rejoined the Bolsheviks), and after Lenin’s death Trotsky was eliminated from photos by Stalin. Trotsky was eventually exiled from the Soviet Union completely.