Nobody wants to work in a field that they aren’t happy in, which is why so many are looking to turn their hobbies into careers. Below are some of the most interesting ventures that came from a hobby.

Two Men and a Truck

In the early 1980s, Mary Ellen Sheets allowed her sons, Jon and Brig Sorber to do odd jobs with their pickup truck in order to earn money. They received quite a lot of work and the calls didn’t stop after they went off to college.

Mary Ellen decided to keep the business going as a hobby, bought a pickup truck for a mere $350 and hired two men to drive it and do the work. The company expanded rather quickly and by the late 1980s, Mary Ellen left her day job to focus solely on Two Men and a Truck. She also decided to franchise the company.

In 2005, siblings Dave and Catherine Cook moved to a new school. Wanting to make new friends, they came up with the idea of MyYearbook, a website to connect to other people their age.

They took their idea to their older brother, Geoff, an already successful Internet entrepreneur, and he started the website as CEO of the company. Within nine months, the site had 1 million users.

Since then, MyYearbook has gone from a website geared toward high school kids to a website that connects people of all ages. In 2011, a similar company called Quepasa bought MyYearbook for $100 million. In June 2012, it was renamed as MeetMe and has 40 million users. 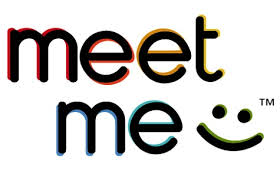 Geoff, Dave and Catherine all still work for the company, which is expected to merge with Quepasa and gain an additional 40 million users.

If anyone knows how to accidentally make a mountain out of a hobby, it is Ashley Qualls. In 2004, Ashley, then only 14 years old, decided she wanted to start a website to provide other teenagers with MySpace layouts and HTML tutorials at no cost. 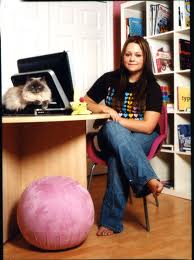 With the help of her mother, she purchased and set up Whatever Life. The site caught on quickly, drawing in unique hits daily and, in turn, advertising revenue. Today, Ashley is 22 years old and earns an income of just about $70,000 per month (yes, you read that right). Whatever Life still brings in about 60 million page views per month.

Turn Your Own Hobby Into A Career

If you are looking to turn your own hobby into a career, the first thing you do is some research to see how interested your peers are in your idea. Unique ideas, especially those based on technology or the Internet, are likely to do very well.

Think about your talents as well. Find your niche, be it music, coding, sewing or entertaining people. Once you decide what you’re going to to turn into a career, find some investors or use your savings and get to work.

Keep in mind that not everyone is as successful as quickly as the people mentioned above. If you find yourself falling, pick yourself up and try again.  In the words of the wise Dr. Seuss, “You have brains in your head.  You have feet in your shoes.  You can steer yourself any direction you choose.”

by Dale O’Brien who is a writer from Chicago and has a hobby that hasn’t made him a millionaire yet, but he is still hopeful.