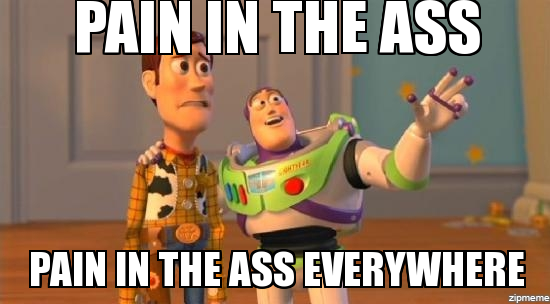 I’ve often pondered the world’s sudden obsession with ‘ Ass’. I say ‘sudden’ because this fascination is a relatively recent phenomenon; it wasn’t around in the 1980’s or early 90’s. 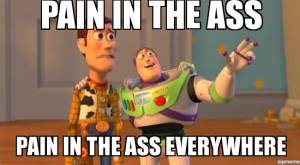 This fascination occurs when something is funny as well. When I grew up the popular saying was “laughing my head off”. Again, this is pretty much unheard as the saying has progressed (or regressed) to “laughing my ass off”, or lmao as the popular online acronym goes.

It’s also used to describe the enormity of an object. Decades ago a mansion might have been described as massive, enormous or even humongous. Now, it’s a big-ass house. And it’s a one-size-fits-all measurement: big-ass ring, big-ass table, big-ass finger, big-ass ant et cetera (I’m not sure what the adjective for a large ass would be…) 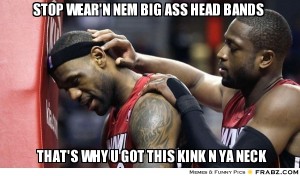 Recently I saw the term described as a wedding proposal where the bride-to-be excitedly exclaimed that her boyfriend went “drop-knee on my ass”.

The ass comes into play again when there is a disagreement between two people; where two refined beings might have once said “you’re wrong” or “I disagree with you” – it is now expressed as “kiss my ass”. And then the other day I heard a young, pregnant woman enthusiastically proclaim that she was “going to sleep her ass off!”

Think about that one: sleep your ass off. It insinuates that losing your derrière during the night will somehow enable you to sleep more soundly.

Perhaps the most confusing occurrence comes when people try to express their adulthood. This one I even saw in the boardroom of billionaire Donald Trump, during an episode of his reality show, The Apprentice. A professional executive didn’t take kindly to being ordered around and indignantly said, “I’m a grown-ass woman”. What does that even mean? Is she saying she’s got a lot of junk in the trunk? She is not just a grown woman, or an adult, but a grown-ass woman. Even if she means to imply that she grew her own butt, it still doesn’t make sense in the situation she was in. 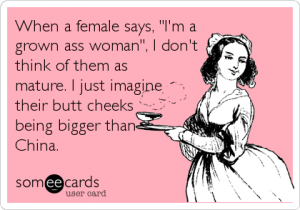 I’m not sure where this obsession with ass comes from. To me it seems like more “de-evolution” (a term I use to describe the regression of society) and a vocabulary-laziness where the creativity of the English language is diminishing.

2 Comments on “The World’s Obsession with Ass”