A Book Review of ‘Total Control’ by David Baldacci.

After all my enjoyment and ravings about David Baldacci’s books this one was a complete disappointment. 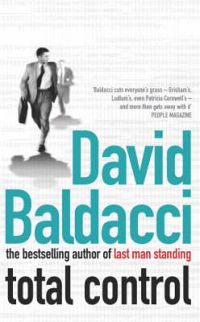 It was one of his earlier novels and the difference between this one and his later books is huge. There was way too much swearing and blasphemy which didn’t suit the characters he portrayed.

The basic gist of the story is a huge Computer Company is trying to acquire the merge of the century. If the deal is successful they will dominate the computer industry making them billions of dollars. But an employee of the company seems to have uncovered some high profile secrets and attempts to expose them. Soon he and his family (including the gun-toting wife) are in danger.
(The story is set in 1995 (written in 1997) so the technology is a little dated, e.g. limited cellphone usage, no USB drives etc).

Besides the overboard profanity, the book was too drawn out (about 700 pages) with a weak ending. It often felt like Baldacci was trying to write a Hollywood script instead of a gripping novel.

If you don’t want take my word for it, and you still like to order then below are the links: