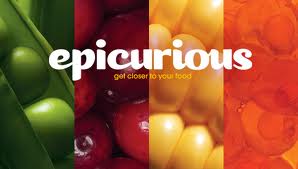 The art of cooking is an ancient one that has been around for centuries.

The notion of eating merely for sustenance died with the caveman, and every year since cultures throughout the world have developed and honed their cuisine. It’s also not uncommon for recipes to be passed down from generation to generation in order for family members to maintain a tangible and tasty link with their heritage.

But modern technology has the tendency to change how people live, work and even cook. Mobile apps, for example, can now be useful in the kitchen. Here’s just a few examples — and the great thing about many of these app options is that they can be used by the amateur home cook as well as the seasoned pro chef.

This option is regarded as one of the best recipe applications for mobile devices by those who spend a lot of time in the kitchen. Epicurious has an extensive library of recipes all taken right from the pages of many authoritative food mags. As for the interface, it is straightforward so nearly anyone can use the app. Not only that, but it also comes with a handy shopping-list tool.

How to Cook Everything

This iPhone app is based on the cookbook/guide of the same name. Primarily for those just starting out in the kitchen, How to Cook Everything offers tips and advice to culinary newbies on how best to find their footing. Once this has been accomplished, users can access many other features to be of even more assistance, such as timers, recipes, photos and shopping lists.

This app could be considered Epicurious light – literally. It is a smaller recipe app than the aforementioned options, but its offerings are geared towards those who want to lead a healthier lifestyle. The app provides lots of healthy recipes as well as near endless nutritional facts and even a search bar that allows users to browse dishes by calorie content.

Another cooking aid geared towards the novice chef. It offers a number of step-based recipe tutorials complete with video demonstrations. Users simply tap one of the options on the straightforward interface to select between a number of French and Indian classics. After that, let the cooking begin.

It wouldn’t be cooking with a celebrity chef somewhere on the list. Mario Batali’s Mario Batali Cooks! makes the list because it offers comprehensive Italian recipes from many parts of the old country. Not only that, but each one of the included 63 recipes comes with a video tutorial featuring none other than the Croc-wearing culinary master himself. Users can browse recipes via a number of filters, from cook time, kid friendliness, prep time and even region of Italy.

These are just some of the culinary-based apps currently on the market. There are plenty of other recipe apps out there, of course, but the options listed above should provide a large enough library to keep any family busy in the kitchen for generations to come.

Pauline Greenwood is an avid blogger and contributor to JustaPinch.com. She enjoys sharing about cooking experiences and her favorite meal ideas.