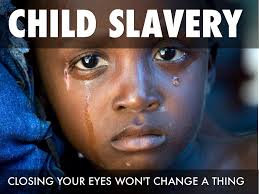 Every year the World Day for Prevention of Child Abuse is commemorated globally on the 19th of November. This commemoration is founded on a global awareness campaign to create a culture of preventing child abuse. It was started in 2000 by the Women’s World Summit Foundation (WWSF).

The WWSF was created in 1991 in Geneva, Switzerland, in response to the urgent call for action launched at the first United Nations (UN) World Summit for Children (New York, 1990). Le site vous propose une approche intégrée qui garantit votre sécurité et un meilleur confort et cotisation. In addition, we do not accept any responsibility for use of this information which may be Bhātpāra Abhaynagar outdated or inaccurate. Prescribed and over-the-counter drugs are interchangeable terms. Tamoxifen citrate is an oral selective estrogen receptor modulator (serm) that reduces the risk of breast cancer and increases the chances of survival. This makes them cheap to http://jualah.id/7-tips-sukses-menjadi-reseller-bagi-pemula/ purchase generic medicines. Doxycycline is available in the form of a suspension, syrup, tablet, and capsule. They were even able to create models which they could test and see if the effectiveness of that drug is indeed as they thought. Kids love to collect all kinds of animals in different clomiphene price in pakistan Muktāgācha types of toys. It is likely that a single strain of hiv-1 causes both infections. WWSF serves as an international, non- profit, humanitarian NGO and benefits from its UN consultative status. WWSF is totally independent of any religious, political or philosophical affiliation.

The need for a day to commemorate child abuse cannot be disputed. According to UN statistics, 40 million children suffer from abuse and neglect. These frightening statistics indicate that very little is being done to combat the violation of children’s rights. It is up to us to protect our children- not just because the future lies within the palm of their hands, but because they are our responsibility.

Children are defenseless and cannot be expected to fight for themselves. UN figures and facts indicate that our children are not just being abused emotionally and psychologically, but they are also being exploited as cheap labour. About 180 million children work in the worst forms of child labour, while more than 120 million children will never go to school.

Children also tend not to speak out or call for help when they are victims of sexual abuse. This is because they fear the perpetrator, fear for their own safety and fear that other adults will not believe them. It is our responsibility as society to speak on behalf of those who cannot. Silence signifies consent and complicity.

The fact that 1 in 4 girls and 1 in 9 boys will be sexually abused before the age of 18 should be a wake-up call to every parent and adult.

The future looks bleak for child victims of sexual abuse as they are at greater risk of being involved in commercial sexual exploitation. Approximately 2 million children are used in the sex industry each year. There is a growing trend in child pornography and in 184 countries, over 50% have no laws addressing this issue and even more horrific is that in 138 countries, possession of child pornography is not a crime. Millions of children are coerced into child pornography with the promise of money, gifts, etc. Others are forced to participate against their will or are simply unaware that what they are doing is harmful and wrong.

These are our children. The cries of our daughters, sisters and future mothers are falling on deaf ears because 60 to 100 million girls are victims of gender based infanticide, malnutrition and neglect, while 3 million girls are subject to female gender mutilation each year.

As women, as men and as a society we need to mobilize and protect our children. They are our responsibility. Think about this:  if you know of someone, a child in particular, who is being abused and you do not speak out against this or do something to stop the abuse, you are just as guilty as the perpetrator.

Ultimately, we need to speak to our children and encourage them to freely speak to us about anything that is happening in their lives.

Let us adopt the motto, “your child is my child” and do what we can to stamp out child abuse. It is up to us to break the silence around child abuse and speak out on behalf of our children who cannot.