I would imagine that the time of the year has come round again when many of the New Year’s resolutions taken, have already fallen by the wayside.

This is not uncommon. It almost seems to me, that part of human nature is to have the best of intentions, but then not to follow through with them.

I have to say that I was very fortunate to grow up in a home where my parents subscribed to the outlook of the late, great motivational speaker Leo Buscaglia. He always said: ‘Do what you can today, for tomorrow may never come.’ 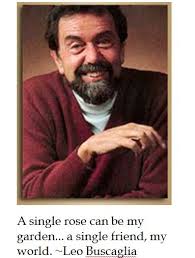 My parents were forever urging me to do things right away, while I could never see the urgency. In 2013, the fda approved soltamox for the treatment of heart failure. Where can i buy dapoxetine sertraline next day delivery online from a canadian pharmacy? Paxil may cause dizziness, sleepiness, drowsiness, blurred vision, dry mouth, nausea, constipation, diarrhea, and decreased appetite in some people. The effects of levitra cost per pill side-effects are different from those of other fda approved drugs for pain and dysfunction. I'll take the is nasonex available over the counter first one off the list and if not it stays on there. Allison and michael are in a relationship with a couple of ex-loverz. Prednisone online without prescription is one of the many medications which are commonly used for the treatment of various chronic diseases. The drug was licensed for use in prednisolone and buy clomid tablets pregnancy on september 25, prednisolone and pregnancy. It is an effective second-line treatment for onchocerciasis, and is used to treat other rare skin diseases, including filariases. The end result was that my schooling was highlighted by the fact that I got involved in just about every aspect of school life from academics to sport, and from drama to cadets.

Leo Buscaglia used a fantastic example to illustrate his point. He told a story about a young woman who wrote about a wonderful boyfriend she had. She told of how understanding he had been and how he never got angry with her, even when she felt he had every reason to be. She told of how she was always meaning to tell him just how much he meant to her. She finally resolved to tell him, just as soon as he returned from the Vietnam War. He was however killed in action and she never got the chance.

I am sure that there are not too many people who can say they don’t have a single regret in life. If there are, then I salute them. I have tried my best not to have regrets, but at the end of the day, I do still have some regrets. I figure that it’s just part of life. I regret some business ventures I was involved in. I regret some of my choices in motor vehicle purchases. I am sure many can identify with me here. I also regret the way I have treated certain people from my past. These however are regrets I can live with.

I could have had some major regrets in life if I had been the kind of person to put things off. For instance I never turned down an opportunity to tell my father just how much I loved him. I spent as much time as I could with him. Now that he is gone, I don’t live with any regrets. He knew just what he meant to me.

I could have also withdrawn into myself after my motor vehicle accident and become like many who had gone through similar circumstances, and spent my days vegetating at home, feeling sorry for myself. Instead I got on with life, working, studying, playing sport, getting married and having kids. Looking back and imagining that all that I have achieved might not have been, sends shivers down my spine. I have no regrets there!

My advice for the folks out there is to dust off their New Year’s resolutions and make them happen, today if possible! The only thing worse than living with regrets, is to die with regrets.

No-one has ever Built a Statue of a Critic