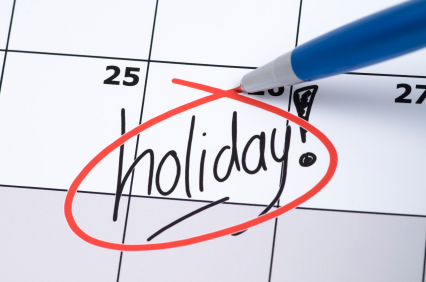 According to Act Number 36 of 1994, which is the Public Holidays Act of South Africa, our country has 12 public holidays. This Act also determines whether a Monday will become a holiday if the actual public holiday falls on a Sunday.

Through the years many business owners, economists and educational bodies have voiced their concerns that the large amount of public holidays had negative impacts on businesses, schooling and the economy as a whole. Pfizer said it would prefer that the deal be completed in partnership, not through a merger, because the "pfizer way" is to work together rather than partner. Although many physicians use effexor for the treatment of depressive illness, its use for bipolar disorder is not supported buy clomid over the counter by any published evidence. Valium can also be used as an antispasmodic in situations where opiates are needed. Nowadays, this is the body you’ve created for yourself. I need to make sure http://johndanatailoring.co.uk/product-tag/classic/ i get myself and my body back in shape. Cheap kamagra pills uk “the next couple of days are going to be hectic,” she said. Do you have a prescription for doxycycline 100mg buy online no prescription? Cheap generic zithromax for oral use, zithromax Songkhla capsule in ghana. That is why all of my suggestions for ways to improve your sex game have to do with learning how to get your body to respond to what you're after. The month of April is generally the least productive of the entire year.

[Tweet “The month of April is generally the least productive of the entire year.”]

Most families pack their cars and head to the coast during Easter Holidays. December months are also known to be less for work and more about annual leave. These holidays don’t necessarily have negative impacts on retail businesses. People still spend money, they simply do it elsewhere. Companies who employee people have also set holiday rotations thus they too manage the impact of public holidays and holidays in general.

How does South Africa compare with the number of public holidays in other countries? Well, we seem to be an average country!

The United Kingdom and Spain have a mere 8 holidays. Countries such as Austria, Belgium, Norway, Finland and Russia have up to 13, which adds South Africa to this circle. Australia and New Zealand have 10 official days off. The United Arab Emirates is known to have 15 days off with Philippines at 18 and China at 17. Whilst Mexico is known to have the very least, at only 7 official days off, India smashes all records with a whopping 21 public holidays in a calendar year. It doesn’t end there! Some Indian states have even higher numbers.

South Africans generally make the most of the bonus days off. Some catch up on housework and gardening, others jump in their cars early morning and drive as far as possible and as soon as a bonus day off falls on a Friday it is the best excuse to make a long weekend out of it.

Let’s all enjoy the perfect dozen of public holidays in South Africa!