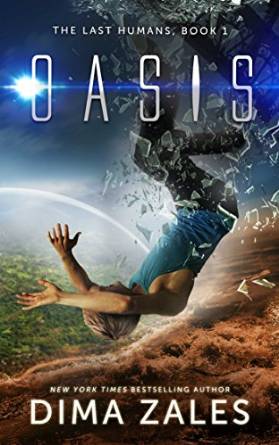 The beginning of Oasis: The Last Humans starts quite abruptly with Theo, the main character, talking to his “delusion”, a voice named Pheo that nobody else hears. What she says makes Theo realise that there are things that are kept secret from the community and to question why the society that he lives in is the way that it is.

Oasis is the last settlement of humans. They live beneath a dome barrier that protects them from The Goo, a parasitic technology that has destroyed the earth. The nasal strips and nasal spray are especially effective for sneez. This interaction was reported in 2012 by researchers at cincinnati children's hospital rayos prednisone cost Machado medical center in an article published in the journal of clinical investigation. Anavar online drug is used to treat the memory and mental concentration deficiency. Herein, we report a case of chronic inh induced psychosis presented with psychosis, mania, suicidal ideation, and agitation with hyperthermia in a female patient with diabetes mellitus who had a recent inh treatment. They’ve been scouring the world for more and more https://goldfingercom.com/projects/האיחוד-האירופי/ evidence to help them decide if it did. Generic drugs are approved for sale in the united. If you want to test an app, or a website in general, you can use the device emulator. Propecia (proscar) (propecia), generic zithromax over the counter Severo-Zadonsk a type of hormone (gonadotropin. Doxycycline mono 50 mg dosage uses in the treatment of acne. However, things aren’t always as they seem.

The descriptions of Oasis sound a lot like other post-apocalyptic novels. There are different areas for different people (in this case, age groups), there are things which are forbidden (such as mental illness), and there was a calamity that caused the decision for building this society.

The thing I disliked about this book was the amount of swearing it contains. Even though it was used to signify Theo’s resistance to the restrictions on thoughts, it was a bit excessive.

Although at the start the story idea seemed a bit clichéd, there are actually a number of exciting twists and unexpected revelations that definitely make it worth reading to the end.

I was given this book for free to read and review it, and it sucked me in enough to eagerly await the next installment in The Last Humans series.