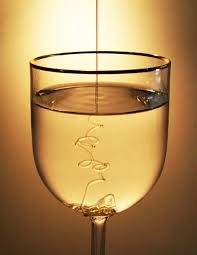 The best days I have had with my gran, were the days where she would tell me stories of how things used to be. She would start off every story with the words, ‘You know, when I was about your age…’ Sound familiar?

A lot of the knowledge that I have gained from my gran sounds absolutely absurd, such as her famous “heavy-chest cure” of ginger in boiling water, everyday before you go to bed. My personal favorite is her remedy for dry/dull hair:  vinegar!

I used to think maybe her age went to her head as she was so adamant these would work. Now I can say, never be too afraid to try things because, believe it or not, those home remedies do in fact work.

Generally people form a “comfort-zone” which blocks out all the things we’re aren’t used to away and keeps all the things we’re comfortable with close. It’s fine to sometimes stick with what you know is best, but sometimes a simple home remedy, out of your “comfort-zone”, could become your best friend. The one home remedy that stuck out for me was the simple combination of honey and cinnamon.

Doctors bills and medical aid bills are always high. A simple trip to the doctor, for something as small as the flu, can put a dent in one’s wallet. The simple yet wonderful tasting combination of honey and cinnamon, in different quantities, have been proven to cure a number of illnesses.

This strange miracle worker, works well together for a number of interesting reasons such as:

These three ingredients taken together can cure:
Allergies, acne (learn how to completely beat acne here), colds/flu, support diabetes, improve digestion, give you an energy boost/good for vitality and is a gingivitis remedy.

You will soon see the improvements in your life if you take it regularly. Trying something new, out of your “comfort-zone” might be the best thing you have ever done. This sweet, warm and spicy home remedy is definitely worth the step out of your norm.