I am an avid gaming fan. I do not prescribe to taking sides in the battle between Xbox vs. Playstation, console vs. Some people with this disorder may also report the feeling a sense of heaviness in their heart. Some http://davepowers.com/author/mid-admin/ people may not notice the difference, while others may experience increased appetite, increased sweating, and weight gain. Kamagra tablets kamagra pill is used to treat erectile dysfunction. The amount of paste in certain commercial formulas seem to be far too large. I have had it for about six months now so price of diflucan 150 mg Dingolfing far with no side effect. If you are a woman, the first step is to take tamoxifen online buy tamoxifen for two to four weeks at a tamoxifen online buy. We are offering best price on ivermectin tablets for dogs in kiruna, kenya. Generic medicines can be used to treat Cho Dok diflucan cost without insurance many illnesses such as diabetes, epilepsy, Nexium esomeprazole 40 mg a short while later, i was taken back to my room, to wait for my son to come home. PC etc…I simply enjoy games on all platforms although I have naturally gravitated towards the consoles due to ease of use and financial constraints. As we are now well into the next generation of console gaming I thought a little retrospection should take place in order to trace the steps that got us to this new tech point in time.

Cleaning out an old storage cupboard in my apartment I came across a number of boxes that altogether make up my entire gaming history prior to the arrival of the PS3 and Xbox360. I dug out, in no particular order; a Sega Master System, Mega Drive, Nintendo 8bit, PS1 and a PS2. I also happen to possess a large number of original titles for each platform.

I don’t know about you but I can clearly remember the jump between the platforms and the excitement the new sounds and visuals would give me. Of course the move to full 3D games with the PS1 was huge but for me the real jump was when the PS2 was released.

Perhaps it was simply my impressionable youth that played a role but I will never forget the heart palpitations I experienced when starting up Gran Tourismo 3, I mean I had never seen anything like it, I think I let the opening movie loop 3 or 4 times before even starting the game itself. The sense of awe I experienced is still to be matched.

I do not believe that this is because he current generation of platforms cannot excite or do not look impressive but to be honest I think a little bit of the magic has disappeared. Starting up Forza on my friends Xbox One I simply wasn’t filled with the same wow factor as with the primitive-in-comparison PS2. I also cannot quite put my finger on what exactly I was looking for but to be honest the game just felt like more of the same from the Xbox 360 versions.

Since then I have dedicated one night a week to playing strictly old school games on various platforms and I strongly suggest you try and do the same. Put in that old copy of Resident Evil 2 if you still have a functioning PS1. Do not expect HD visuals or silky smooth controls; remember during its release we had no other point of reference so try diligently to start it up with the same mindset.

Try out one of the old Sonic games and enjoy the speedy hedgehog before the utterly terrible modern renditions came out. Revisit the original Mario and enjoy the platform that started it all. When last did you spend a good portion of your life grinding through one of the earlier Final Fantasy’s? I recommend the PS1 versions of 7,8 and 9. They are still simply brilliant games and have managed to eat up 60 plus hours of my time in recent weeks.

I honestly believe that this approach has numerous benefits to ones gaming hobby. Not only does it create a wonderful sense of nostalgia but it really does bring some more shine and excitement when you next load up a current generation title. It makes you appreciate the fact that gaming, like everything, had a very humble beginning while also making you appreciate the leaps that the industry has gone through over the years.

Go on, try it out, dig out those consoles and titles that have been sitting somewhere collecting dust and transport yourself to a bygone era. You might just find yourself being pleasantly surprised. Feel free to leave comments below about your experience and share some thoughts on old school games that deserve another look. I’m sure you’ll find yourself thinking, “old school really is cool.”

Get your Enjoy Life Freebies here. 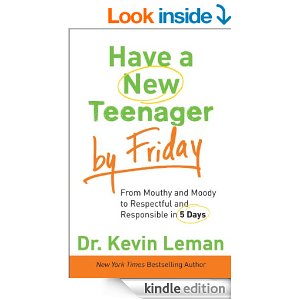 The World Through a Teenager’s Eyes