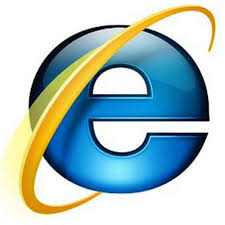 Microsoft has been the software powerhouse of the century which enabled it to sell their software packages for excessive amounts of money. Their free web browser that has been used perhaps by every person who has used a computer in the last twenty years has now become, what experts in the field call, a liability.

With the introduction to very powerful, free browsers in recent years it has become significantly obvious that Internet Explorer wasn’t keeping up with the freebies we were all growing to love. Advanced tools and features of these free browsers kept setting the Microsoft product back many steps at a time.

When we look back at the facts, in 2010 when IE was one of the best browsers out there, it was so good that Microsoft didn’t update it for a period of five years. Not the smartest move considering that during that five year period other developers were identifying shortfalls and created some remarkable technologies that were very easily accessible and free of charge.

In fact, it wasn’t long ago that major banks in South Africa upgraded their internet banking websites notifying clients who were using IE that they would not be able to access all the features. Some banks’ online facilities were not even accessible at all!

Now you wonder why IE has become useless? Microsoft announced in August 2014 that by January 2016 only users who have the version 8.0 installed on their devices would be getting any forms of support and security updates. That means all users who haven’t upgraded will be susceptible to serious internet security risks. With the tens of thousands of viruses that are created on a daily basis and set loose in the world wide web it isn’t a smart move to make use of outdated browsing software.

Smart phones and tablets are now more often used than desktop computers and laptops and once again those free and modern browsers are extremely compatible on handheld devices with superior synchronizing capabilities that IE hasn’t shown interest in, and and probably won’t now that Microsoft has decided to declare it redundant. In this particular case it is safe to say that free is better.