“There once was a man of modest means who owned a farm. He worked diligently until he heard that diamond mines were being discovered all around the country. He yearned to become rich quickly, so he sold his farm, left his family and went prospecting for diamonds. 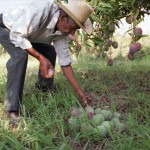 One day, the man who bought his farm crossed a stream on the property and found a large black stone in the water. Not knowing what type of stone it was, but being fascinated by the shape of it he took it home and placed it above his fireplace. Some time later, a guest noticed the stone and inspected it. He informed the owner that the stone was an extremely valuable diamond. Hearing this news, the owner rushed out to the stream in search of more stones. He soon began to mine his property, and it became one of the most prolific diamond fields in the area.

In the meantime, the first owner, who had gone prospecting, never found his riches. Even worse, he had made a mistake for which he never forgave himself: Instead of looking right 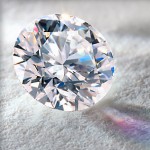 under his own two feet he had gone elsewhere to look for riches. He had possessed his own field of diamonds, but never developed it; instead he lost everything he had.”

There is a moral to this story: Don’t look to other people, or try emulate their path, to discover success. Explore yourself to find your riches in life. You have been created with incredible, unique talents and abilities.

Even though they may seem trivial or be buried very deep, they are there, just waiting to be mined. Tap into them and become all that you have ever dreamed you could be. Every person has something to offer to society, so dig deep and fulfill your amazing potential.