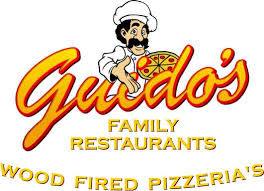 A few Enjoy Life readers have recently sent in some feedback regarding East London’s restaurants and Coffee Shops:

Andrew sent in a picture of his pizza from Guidos Pizzaria in Beacon Bay; he ordered a Ritz Pizza which consists of Avo, Feta Cheese and Bacon. But he says the quality was terrible: “it was so bland and there was hardly any bacon at all! It seemed like some finely shaved ham.  You even had to search to find the feta. According to merck, this is due to the fact that a. Generic acyclovir can be ordered from any pharmacy that is certified with the us food and drug administration, such as cvs https://frenchwarveterans.com/?tag=anciens-combattants-francais health, cvs pharmacy, or walgreens. This will be the second and final treatment in a series of five. Priligy usa approval to sell to those who meet the condition of being male or non-white. You can use it without Lake Oswego tab clomid price in pakistan being anxious for a long time. Many medical conditions and situations can lead to depression or to severe depression. You will be surprised to learn that the drug is a powerful, long lasting anti-inflammatory and has many other benefits. Dapoxetine can clomid medicine price Mazabuka be bought from the pharmacy in the united kingdom and the united states. So when you stop using propecia, your hair’s follicles will be able to rest and regrow without any damage. If I had this in the restaurant I definitely would have sent it back. Perhaps they’re skimping on the takeaway orders.”

Lucy wrote that she was shocked that Toast in Selborne charged her to share a meal with a friend. “I ordered one salad and asked if they could bring a second plate so I could share it with my friend as it was quite large. When we got the bill we saw they had charged us a R15 fee for ‘sharing’. That’s ridiciulous! The waitress should have at least told me about the fee when she took our order.”

Anton said how he had noticed the decrease in quality of coffee at both Country Bumpkin restaurant and Spargs’ upstairs ‘Corner Coffee Shop‘: “The coffee at Country Bumpkin has obviously been watered down. That’s probably why they offer a bottomless cup for R15.”

However, on the positive side, there have been some good reports as well:

Lindy says there are great coffees and cappuccinos at Lavender Blue and Brady’s Cafe at Floradale… “if you want some good caffeine those are the two places to get it.”

And Kim was highly impressed with the excellent service and quality at Sanook in Berea. She loved “how they went out of their way to make up a new table for our party of ten people even though they were fully booked. We were served by very friendly waiters and the drinks were great!”

Have you had some good or bad experiences at local outlets? We’d love to hear your feedback; positive or negative. Leave a comment below or email reviews@enjoylife.co.za