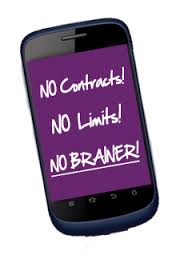 With the increasingly fast evolution of smart phones, more and more cellphone users are wanting greater freedom of choice when it comes to their contracts.

Users don’t want to get locked into two-year deals anymore and an I.T. company, Promobile, has come up with a solution…

You pay month-to-month. When you stop paying, the service is stopped. As simple as that.

Check out all the details by clicking the banner below: