‘Quote of the Week’

Lee Iacocca is one of America’s most well known businessmen.  He spent 32 years working with the Ford

Motor Company before being fired after clashing with Henry Ford II.

He then joined the floundering Chrysler corporation and rebuilt the entire company from the ground up. In doing so he revived his own career and reputation.  His story became known as one of the greatest comebacks in the business world.

But, he also lives a balanced lifestyle and doesn’t get too caught up in what he does for a living.  He remains focused on his family and supports various charities and causes.

Two of his quotes which I find very encouraging are as follows:

“No matter what you’ve done for yourself or for humanity, if you can’t look back on having given love and attention to your own family, what have you really accomplished?”

“If you want to make good use of your time, You have to know what’s most important and then give it all you’ve got!”

So, today, stop wasting time with trivial and insignificant worries and tasks; discover what is most important, and pursue it with all your heart. 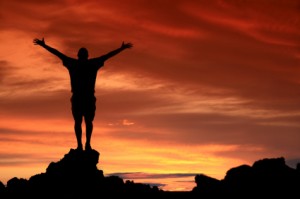