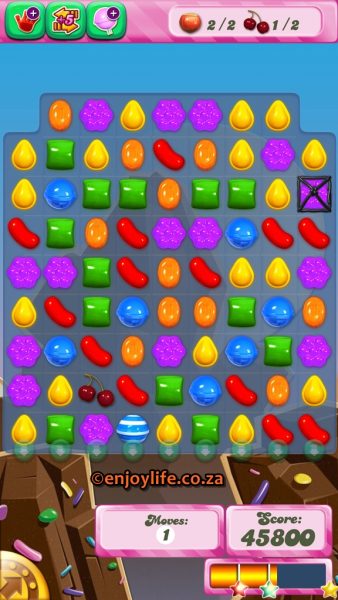 The Problem with Candy Crush

A few months ago the android gaming company King came out with a game called Candy Crush Saga, or as I call it, an endless pit of agony and despair where my hopes, dreams and free time goes to die.

But don’t get me wrong it’s a great game.

I think this would work better with a little back-story.

Throughout my life I could never quite understand why my mom enjoyed playing these seemingly stupid little games where you try to match fruit or squares or, like, puppies and stuff. They seemed pointless and apocalyptically boring. When I was younger, still in primary school, she would every weekend hijack my computer and play these games for hours on end, tirelessly playing what seemed like the same level over and over again every weekend without fail. Of course it was occasionally the same level over and over as she would get stuck on one for days at a time, never giving up, never surrendering, which rather bummed me out because, well, I wanted to play Pokemon.

Anyway, many years later she is still playing games which, while different are still technically exactly the same as the ones she used to play, thankfully on her laptop now though and not on my computer anymore. At least that was until her laptop gave up on life a few months ago and I had to download games for her on her cellphone. I had heard of candy crush and thought it was right up her alley so downloaded it for her, she was and still is happy with that and still plays it, happy days.

Then, tragedy struck, a few weeks ago a colleague of mine downloaded it and began playing, and of course I was not particularly sympathetic towards that, couldn’t understand it, but let it slide nonetheless. Then without warning I noticed someone else playing it and myself and a few others were pushed to get it, to send them energy when they ran out, I resisted still refusing succumb to peer pressure, but then, as it does, peer pressure came a-knocking.

It seemed harmless, just a way to pass the long boring hours at work, I imagine that is the same thing addicts tell themselves at first. I started with level one, because it wouldn’t let me do the others I guess, it was simple, I passed it first try.

It continued this way until if I recall level eight or so when I had to use a second life, no harm done, just trying the game out, just passing the time. Then once again tragedy struck, somebody else downloaded it, and another one. Now we had a competition in the office to see who can get the furthest, that candy crush rash had struck and continues to this day, and it itches, get even a modicum of free time and you wonder if you can complete that level quickly.

Now comes the real problem with the game, people that don’t have it, people in denial, will simply say, “doesn’t it get boring”? Simple answer, “No, it gets infuriating!”

The thing is, you want to delete it, put your free time into thinking about making yourself a more well-read individual, study, look for a new job with less free time to stop the craving to play the game. Then you think, what if I pass that level on the next try, then I would have deleted it and I am not stuck, it would be a waste of data?

You try, and you fail the level, and you think maybe this time I’ll pass and so on and so on. Then of course you get so close to the end of a level, you can smell the victory and you can just imagine what comes next when this happens: 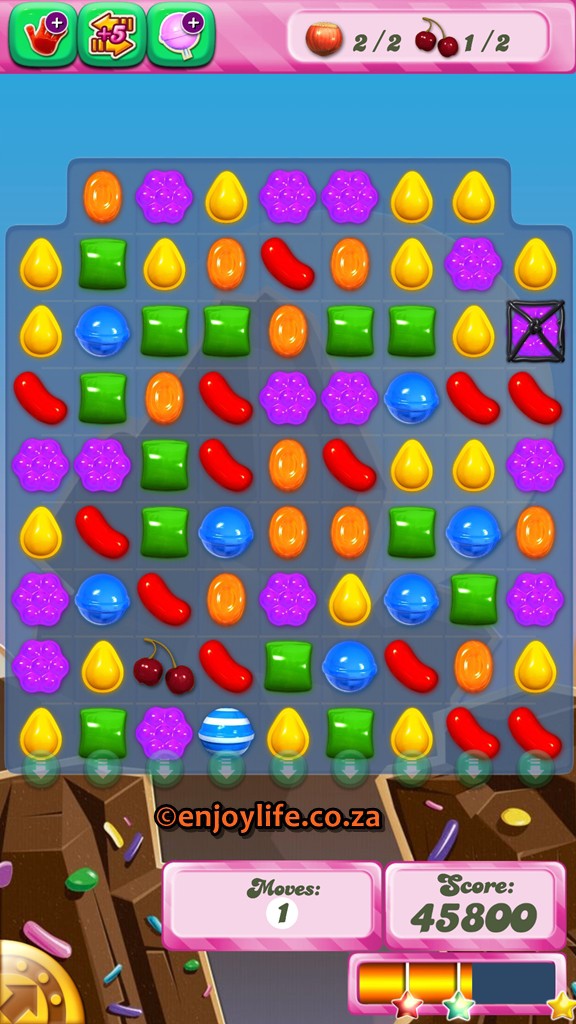 One thing left to do, and an actual screenshot of what partially inspired this piece of writing, and no way to finish, not even any end in sight, and that cherry was waiting there for about ten moves. Thanks a lot, Candy Crush! But can’t quit, might finish it next turn.

There is however a glimmer of hope for me still in that I only play it at work, can’t play it at home, cant let my mom see that.

Can’t let her have the satisfaction.

Thank you for letting me rant, your sympathies are accepted and maybe required.