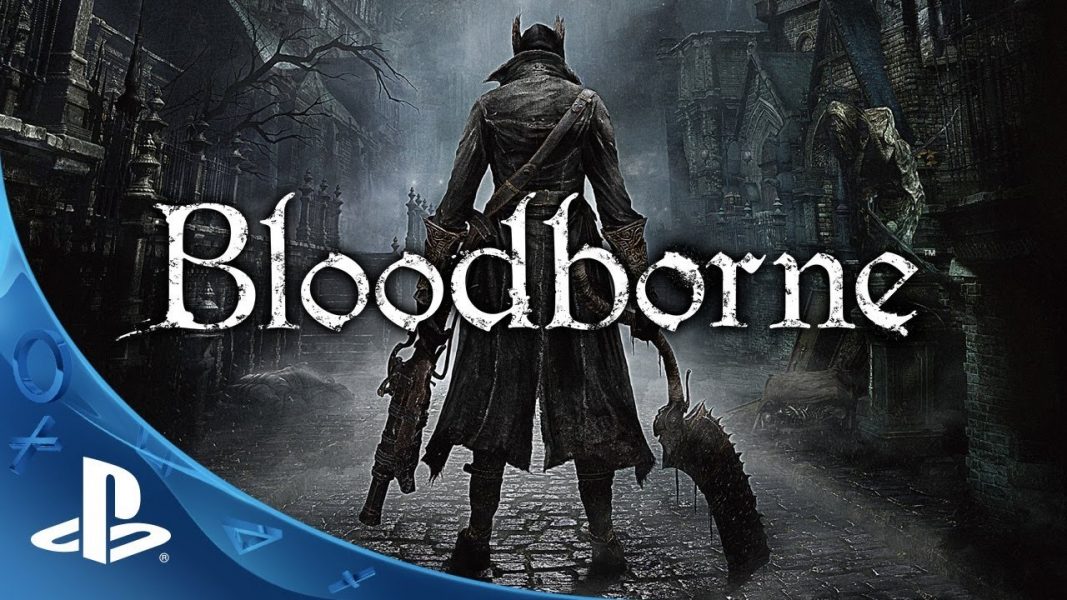 My first impressions of Bloodborne – To the Depths of your Soul

For those of you not familiar with From Software’s series of incredibly difficult, yet refreshingly satisfying action role-playing games let me break it down for you very quickly:

Demon Souls was the first iteration in the series and released as a PS3 exclusive in 2009. Brandishing unmatched difficulty in a gaming universe wrought with quick time events and overly forgiving game play, Demon Souls provided the hardcore gamer a much needed challenge. The stage was set and the response earned Demon Souls somewhat of a cult status among its audience.

While not a direct sequel in name, Dark Souls (2011) built upon and improved the same formula set by its spiritual predecessor. With improved visuals and a tighter combat system along with a multi platform release, Dark Souls garnered a huge international following.

An alluring environment filled with countless challenges and over the top boss battles, Dark Souls set the bar for the modern action RPG.

With a difficulty level that may have turned some casual gamers away there was no doubt that the international gaming community became intrigued by the challenge set by this addictive and infuriating quasi sequel. Dark Souls 2 was released just last year and further built upon the solid foundation of its forbearers with slight tweaks to the system here and there.

The premise of each game has, over the years, remained largely the same:

Your character awakens in a strange land plagued by evil creatures of the most disturbing imagination. You are tasked with battling your way through the hordes of enemies and defeating a number of amazingly conceived boss creations. You are given very little detail as to the background of the world and even less explanation in the way of narrative story telling. These are details you need to fill in, for the most part, by yourself.

A thread common to all the games in the series though, is that of death. The Souls games treat death almost as a resource, death is knowledge, death is progress, and death is rewarding and heart breaking all at once. The challenge is enormous and the games leave no room for error, one wrong move and all progress made by defeating the lesser enemies (never mind the larger brutes) results in you starting from square one along with previously defeated enemies re-spawning. I often wonder how many controllers have been destroyed out of frustration. At the same time I would love to know how many lounge based victory dances have been performed after vanquishing a particularly difficult enemy.

The Souls series requires focus, patience and above all the games requires resolve. The games are insanely difficult, but they are rarely unfair, death is a result of your mistakes 90% of the time and victory brings a sense of elation and achievement not commonly felt in this current generation of gaming.

Which brings us now to the latest addition in From Software’s growing catalogue. Currently released as a PS4 exclusive, Bloodborne’s audience is limited to only those of us who have decided to purchase the next gen console from Sony. And what a lucky audience we are…

Bloodborne begins in a familiar fashion. Your character awakes and is met by a strange old figure. Upon signing a contract you are able to choose your character traits and edit your appearance. From there you find yourself waking up in what can only be described as a medieval clinic of sorts. You are forced to confront your first enemy in the form of a giant wolf which will inevitably kill you. This first death is however necessary to progress as you respawn in the Hunters Dream, a sanctuary of sorts and the games main hub by which travel to other areas of the game will be made available later on. 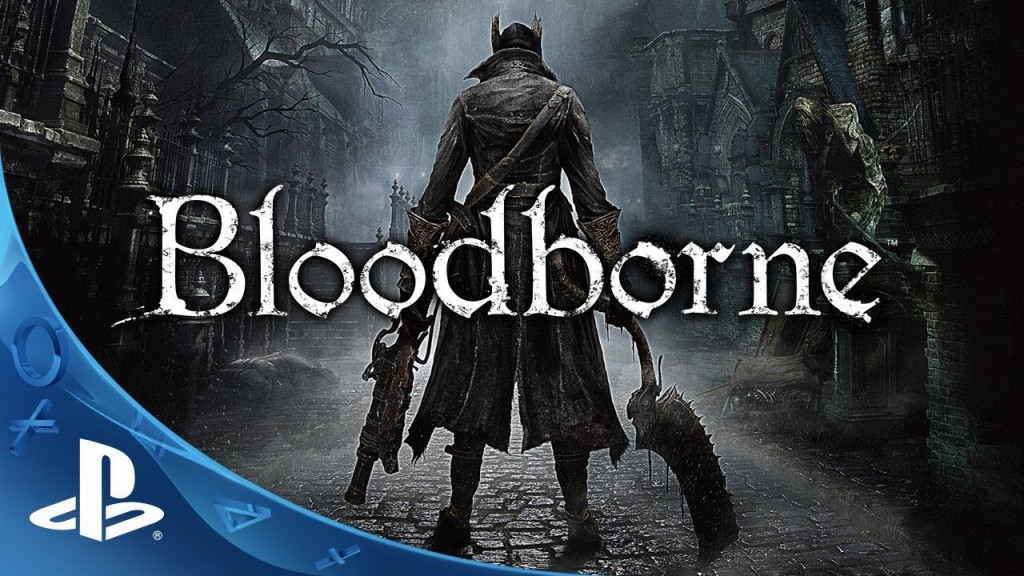 The first main area you travel to, Yharnam Central, takes the form of an old medieval London setting with sprawling cathedral towers, congested streets littered with broken down coaches and enough bad guys to make your first encounters daunting to say the least.

The developers have pulled no punches with their attention to detail. The environments look simply amazing, the particle and lighting effects are captivating and the physics engine works very well for the most part where issues such as hit detection are concerned.

As with the previous Souls games, combat is a system of patience coupled with observation and trial and error. You will probably not survive long even though the first few enemies you encounter are relatively easy to dispatch. Good luck, however, to those players who go take on the hordes of axe and torch wielding crazies that await you on the narrow streets of the city.

One can quickly become surrounded and overwhelmed in a matter of seconds. One noticeable difference from the games predecessors is that Bloodborne forces you to take a more offensive approach. Gone is the relative security of hiding away behind your shield and exploring areas slowly.

Bloodborne gives you a gun and melee weapon and requires you to take the initiative in launching attacks. In my opinion the standard combat is decidedly easier, yet more frantic, than any of the other titles in the series. Progression, however, is still slow and Yharnam Central will take the average gamer a good few hours to complete. One needs to level up significantly before being able to successfully take on one of the two initial boss encounters.
Players will probably do well to simply use their first hour or so to explore the initial setting. Many secrets and shortcuts await gamers who are willing to sacrifice that hour to simply learn about the environment. Starting up a new game feels like you are going in with one additional weapon…knowledge. This will be vital in the long run so sacrifice some time and reap the rewards later. 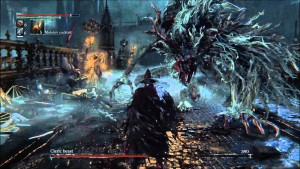 This is not a review of the game, simply my first impression. I am about 15 hours into my first play through and I have not been bored once. The occasional grind is necessary, but the Blood Echoes (the game’s currency as such) you receive make for fantastic leveling-up opportunities or to purchase some ranged items like the important oil urn and Molotov cocktail combination that will make bringing down the larger foes so much easier.

I do not want to give any of the game’s finer nuances away; it has an atmosphere you simply need to experience for yourself. I would not recommend this game to anyone, but for those who have the patience to work out its system and set of rules, a truly rich experience awaits. Bloodborne will test you; it will infiltrate your mind and have you plotting strategies to defeat the next difficult enemy while driving home from work. It will make you confront a fear of the unknown and it will kill you time and time again. Do not give up; for every challenge there is a solution and the game will reward you in turn.

I hope the game receives a multi-platform release as the wider gaming audience should be given the chance to explore this disturbing fantasy world (and hurl controllers/keyboards across rooms). I am sure most will agree that after a while you cannot but help allowing the game to get under your skin and challenge you to the very depth of your soul.